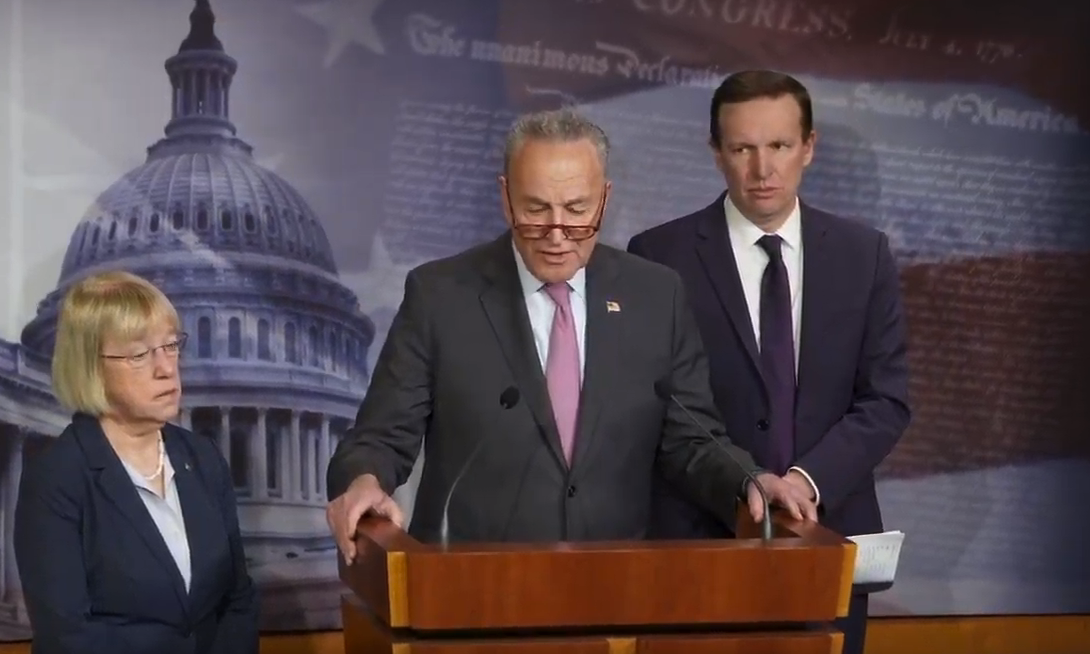 It has become clear that the Democratic party is going to continue down the same road no matter what happens.  Even when conclusions they offer are countered with fact, they act as though it was never said and stick to the same narrative.  Its as if they had 33 days to conjure up a plan knowing they had nothing to back it up.

Thus far, we have heard opinions, speculation, and circumstantial evidence.  Lets look at the meaning of those words.

•Opinion-a view or judgement formed about something, not necessarily based of fact.

•Speculation-the forming of a theory or conjecture without firm evidence.

•Circumstantial evidence-evidence pointing indirectly toward someones guilt but not conclusively proving it.

Sen. Shumar began this morning stating the Senate has denied the Americans people right to the truth.  But that is not what happened.  The Senate simply said, that is not to be decided now, the same as the Clinton impeachment hearing.

The Senate is asking the House to present their case as they must have enough to take it this far, that is the law.  The house, knowing they do not, must play they hand to the people and create a narrative…..”this is a cover up.” However, like their over all case, there is not any evidence to support their claims.

It has become clear they will continue to use certain phases over and over as a brain washing approach and steer clear of real evidence.  “The American People deserve the truth,” ” You can’t have a trial with out witnesses or evidence,” etc.  The fact is, you can not begin a trail without real evidence, period.  If the house had some, they would not be concerned with the rules of the hearing.

The concern at this point  is simple, the American people that are democrats have a short memory and seem to buy into whatever they are told.  They seem to want to ignore things like justice, the constitution, due process, and proper procedure.

Most of all, they have forgotten how to think for themselves and be objective.  They ignore the fact that this is the third attempt to impeach the president by the House, in just 3 years.  Its unprecedented.

As this trial continues forward, we will hear repetitive statements that the House rehearsed in the last 33 days.  In the absence of evidence, they must create a story line that coincides with their agenda.  When President Trump is not impeached due to no evidence, they must have the American voters believe he cheated so he does not win the 2020 election.

Lets see how many voters learn to think for themselves.