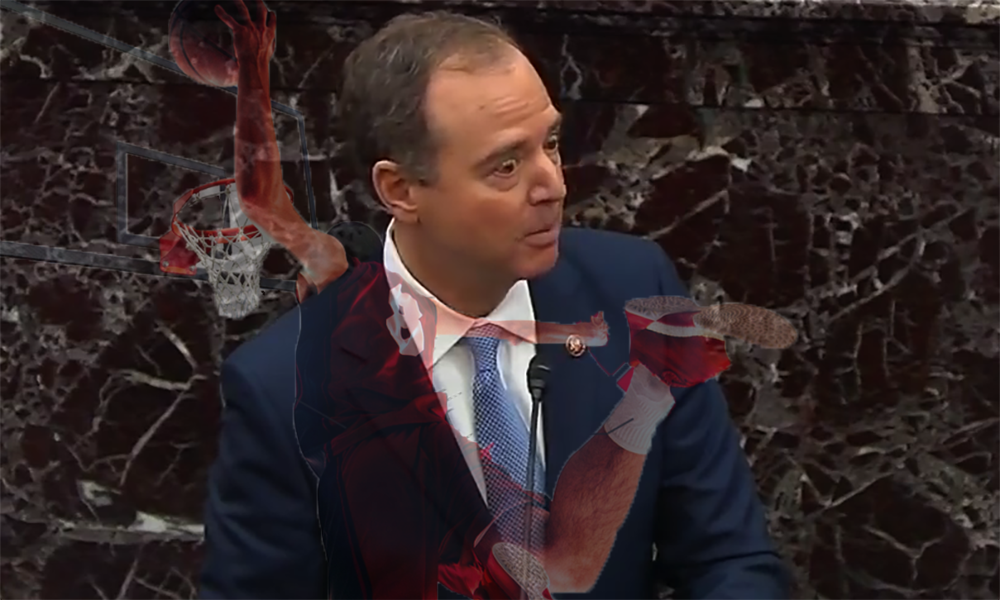 Democratic Manager Adam Schiffs begins impeachment hearing requesting subpoenas for documents and voice recordings yet claims they already have overwhelming evidence. All the while, after 33 days, not alleging any official crime or charge.

However, todays hearing was just to establish the rules for the process.   The Democrats did not like the fact the rules stated witnesses and exploratory evidence will only be heard, if allowed,  after the initial charge and arguments are heard.

Here is an example….I am going to have you arrested for what I think will be drug possession.  I don’t have any evidence but I know that if I could search your house, I could find something.  But….in the event I do not, I know I can find something Illegal.  So, I want to put you on trial with out an official charge and ask the judge to grant a search warrant on the first day so I can look for evidence to support my gut feeling.

In both of these cases, its not about whether Trump committed any official crimes or,  there is actually drugs in the house of our example, its about the laws that govern our process.  They are the laws that make our country, the constitution.

We are all innocent until proven guilty.   It is up to the prosecution, or the House in this case, to gather enough evidence, to make the allegations.  They must then secure the evidence required to pass the articles for impeachment. Yet today, the Democrats showed up with nothing asking the Senate to allow them to look for some.

It is entirely unethical, borderline illegal, to bring an impeachment hearing this far with out a clear charge or any tangible evidence.  More importantly, this hearing has made it transparent this is the Democratic party’s 3rd attempt to correct the 2016 election.

Allan Schiff and company spent the day explaining their speculation and ignoring constitutional law as more of a dog and pony show for the American TV viewers.  Knowing the entire time, the typical American does not know what is required for proper procedure.  It was obvious it was an attempt to get Senators to ignore the constitution and consider their re-election campaign.

At the end of the day, the Senate denied the Democrats amendment to the rules.  In an attempt to complicate matters further, Sen. Schumer purposed a second amendment requesting for specific evidence.  It seemed as though he thought it might be tougher for Senators to vote against not wanting to hear evidence.  This attempt failed  by a vote of 53 to 47.

Sen Shumar next introduced yet another amendment to the rules in what seemed to be a filibuster attempt of sorts.  At this point, the Senate has ruled on the timing of evidence and witnesses.  There for, technically, the second attempt by Shumar has been ruled on already.