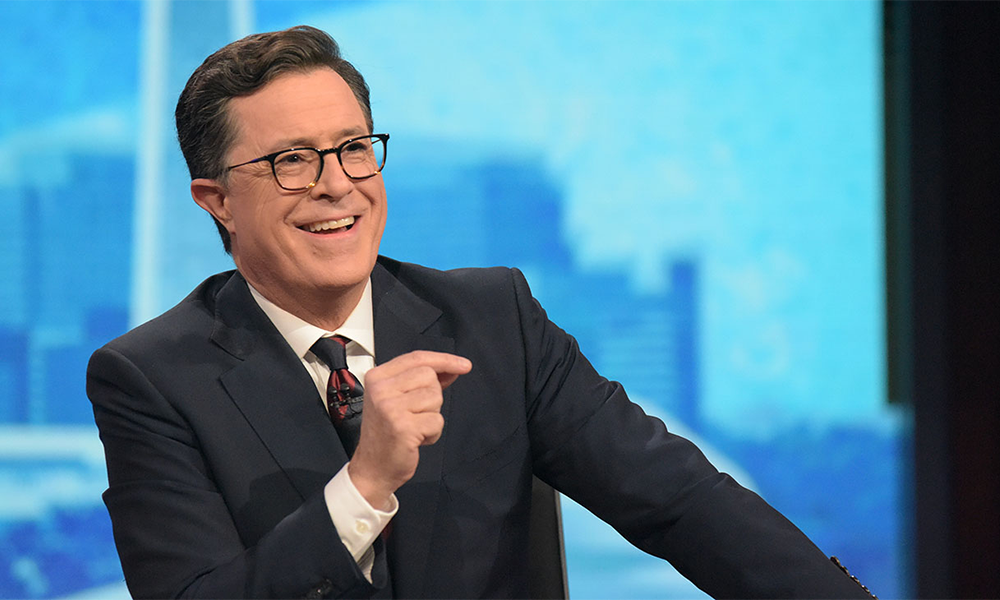 Stephen Colbert had the lowest ratings of any nite show until he started his Trump intro.  Once the network received the new ratings, the beginning of every show has been about President Trump. Stephen Colbert can’t get ratings without Trump.

Now historically spinning a President’s actions into comedy is almost a prerequisite.  Some of the best were George W. Bush as he might have been the worst speaker of all time.

Colbert borders on the unethical side most of the time. If any President misspeaks, makes a funny face, or trips while walking to the podium, by all means.  However, taking every shot on serious issues shows desperation.

The sad part is Stephen Colbert was brought in to replace the great David Letterman.  Letterman had a smoothness about him and was truly funny.  He didn’t need any real material to do it.

Colbert has an ironistic personality and doesn’t ever seem to mesh with his guest.  There is where the ratings are lost everyone.  But in the absence of any comedy, people might tune in to see what outlandish statements he is making about the President tonight.

Hey, there is an idea.  The network realized they hired the wrong guy so they just looked for something to make people tune in.  It might be a better plan to find someone that is actually funny.

It is not really about whether you support Trump or not and more about patriotism.  Any real American would rather have someone in office making changes of some sort than one doing nothing. 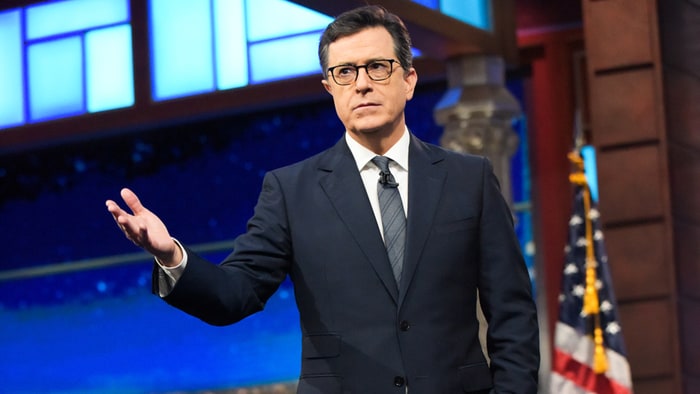 People want to ban the NFL for players not standing in the anthem but support this type of behavior towards an American President.  It’s simply tasteless.  The Presidency is an office not an individual.  While not standing for the flag definently ranks first, Colbert’s actions are a close second.