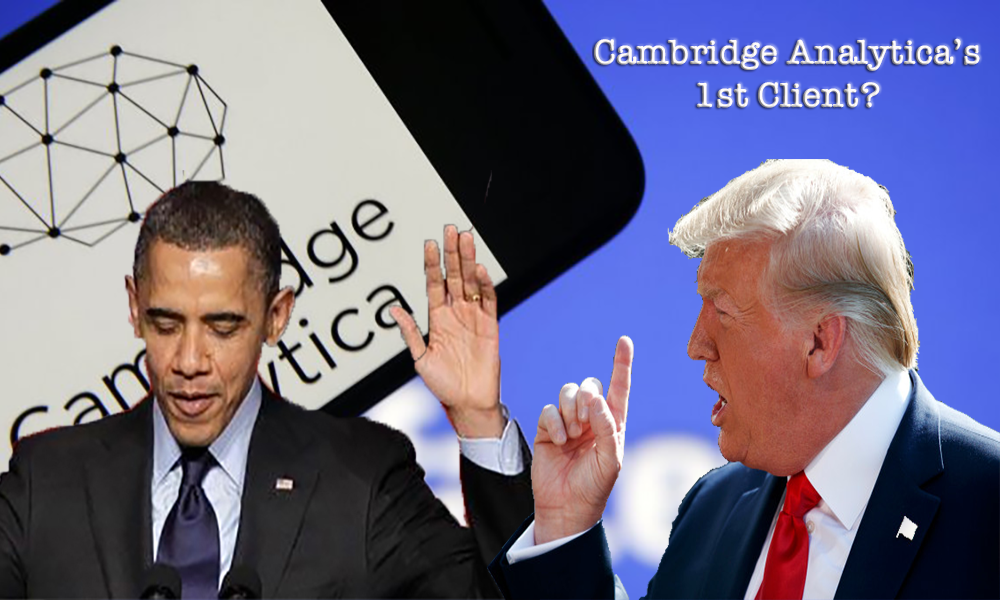 With in 2 days of Donald Trump winning the presidency, the Clinton campaign started screaming Russian collusion and data profiling.  What was interesting was the swiftness to such a claim.  But…There was a reason for this.

The Clinton administration was well aware of Cambridge Analytics services as their Democratic predecessor was actually the company’s first client, their “proof of concept.”   CEO  Alex Nix confirmed, with results in hand, these services were then offered to both presidential campaigns.  Once the Trump campaign acquired their services, the company could not serve both parties.

These action were what prompted the impeachment taunts we still hear today yet President Obama was the first to use it and did so successfully.  To add to that, the very congressman who were screaming digital theft and impeachment were well aware of Obama’s previous involvement with Cambridge Analytics.

So we have to ask ourselves the question, why such a monumental up roar immediately after a President is elected?  When you think about it, Trump had not even been inaugurated and  the democratic party was in an unprecedented witch hunt.

To answer the question honestly, you have to set your bias aside.  Never mind Republican or Democrat.  Dismiss all media hype from both parties and try to look at it for what it is.

Now many gravitate to the well substantiated claims that there was a long term plan in place to put Hilary Clinton in office.  While there is probably some truth to this theory, let’s look for a more obvious answer. Like, Donald Trump won the election with the least amount of campaign money from any winning Presidential candidate in the last six elections. When you factor inflation, Ronald Reagan would be the last winning President to win with less campaign donations.

Anytime there is a lot of noise being made in the political ring, money is these cause.  The rule of American politics, you can’t have someone in office that can’t be bought.